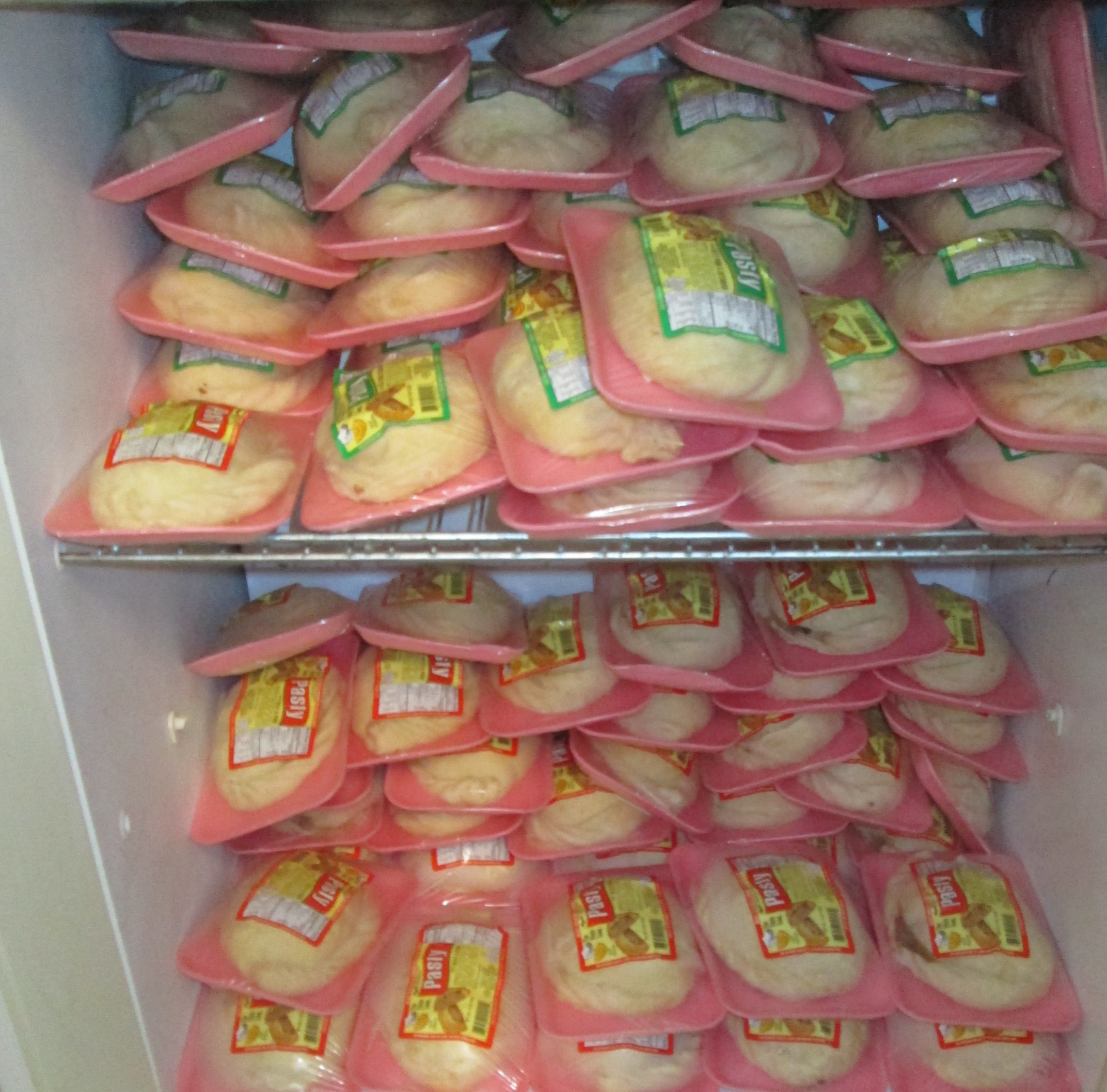 The pasty is much more than food, it is an identifying cultural icon. When the Cornish came to the copper mines of the Upper Peninsula, the brought with them a lot of mining knowledge which other ethnic groups did not have.

The pasty was the standard lunch for miners. The pasty became popular with other ethnic groups because it was small, portable, was very filling, and could stay warm for 8-10 hours. Pasty rivalry occurred between the Finns, Swedes, Irish, Poles, Germans, Scots, Italians, and French with each group contributing something in the way of seasoning and other ingredients. Everyone can agree that pasties must contain two things: potatoes and onions.

The portability of the pasty not only made it easy to carry but if it should get cold it would relatively easy to warm heat up. This was done by putting the pasty on a shovel and holding it over a head-lamp candle. Miners never ate a pasty with a fork, they ate it end to end, and held it up right to keep the juices in.